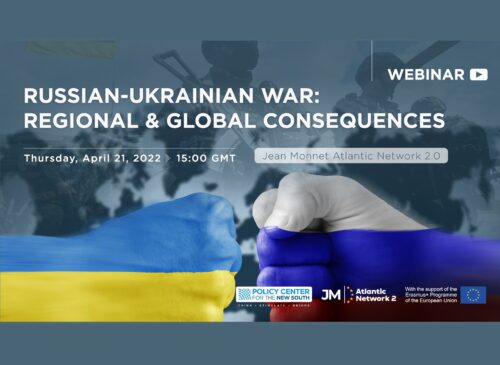 On February 24, 2022, Russia launched a military action in Ukraine. This operation and subsequent events is having a global impact, with far-reaching political and economic implications. In the short term, the conflict will affect the global economy through three main channels: financial markets, commodity prices and supply chain disruptions. But in the long run, implications are complex to gauge and the West is heading to a decoupling from Russia on several fronts.  This webinar entitled “the Global Economic implications of Russia’s invasion of Ukraine” aims to better understand the economic and political consequences of the war on the world and the Southern countries and their population.